If you ride motorcycles, own a Schott Perfecto, this article is for you. Melvin (Mel) Schott, the man responsible for making a leather motorcycle jacket a must-have garment for bikers, passed away August 14, 2019, at 94.

It was Melvin’s father, Irving who first started making and selling leather jackets and raincoats lined with fur; it was 1913. 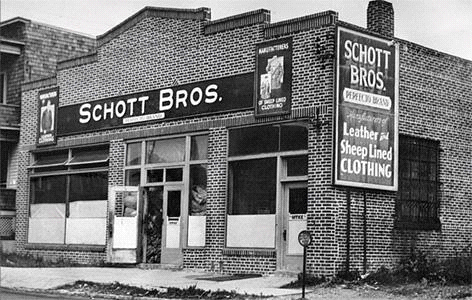 In the 1920s Irving’s jacket was the first jacket to be fitted with a zipper. The hookless fastener was invented by the Talon Company of New Jersey. The first leather motorcycle jacket was designed by Irving in 1928; the jacket was rugged, durable and became an instant success.

Irving sold the jacket through a Harley-Davidson outlet in Long Island, NY for $5.50. Eighty-eight years later the Schott leather motorcycle jacket is virtually unchanged and is still preferred by bikers worldwide.

When you arrive wearing your Men Motorcycle Leather Racing Jacket and matching Men Leather Motorcycle Pants, the world will notice.

Melvin made his debut on May 11, 1925, to parents Irving and Rose Schott. As Melvin was growing-up, he learned the trade of making leather motorcycle jackets and even sold them door to door.

In 1943 at age 18 Melvin enlisted in the Marines and headed off to war. Melvin fought in the Pacific against the Japanese on Iwo Jima where he was wounded in February of 1945. Melvin spent over a year in military hospitals recovering from his wounds for which he received a Purple Heart.

The big jump to the company’s success came as a result of the 1953 movie The Wild One starring Marlon Brando. 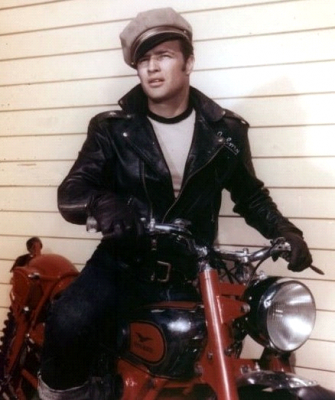 Brando appeared in the movie wearing the Perfecto jacket (named for Irving’s favorite cigar) and catapulted it into worldwide fame. During the 1960s, Melvin seized the opportunity to grow the company even more by creating the first catalog featuring the brand’s signature jacket.

Melvin even connected with distributors in Japan and Europe to move sales onto the world stage. Melvin’s best contribution to the Scott apparel company was his refusal to outsource the manufacture of the company’s garments overseas. Melvin served as company President from 1986 to 1994, his late son Michael took the reigns 1995-1997, and daughter Roslyn has been running the show since 1997.

The End Is Near

The Schott Perfecto and all garments manufactured by the company are enduring icons on the motorcycle scene, thanks to Melvin and his innovative leadership.

He will be missed.

Your assignment is to go to Wicked Stock and check out all the gear and clothing like Leather Motorcycle Vests we offer to the riding public.