In underdeveloped countries, it is not uncommon for a family to own more than one motorcycle. That way, each family member is free to go his/her separate way. Since middle and working-class citizens earn below minimum wage for the work they perform, the motorcycle is the cheapest option.

Every day there are around 85 million motorcycles clogging the roads in Indonesia, mostly in the big cities. Jakarta, Indonesia’s capital, is dealing with increased air pollution due to a large number of motorbikes. The number ratio is 15 million motorcycles in Jakarta to only 5.2 million cars. Jakarta has 47 million annual commuters, only 18% use public transportation or about 2,600,000.

There are about 316,000 traffic deaths in SE Asia annually half of those accidents involve bicycles, pedestrians, and of course motorcycles. That is a whopping 865 traffic deaths per day. Pollution is not the only problem caused by hordes of motorcycles roaming at large in Jakarta.

In a city with 662 square kilometers of land, traffic jams are a way of life in Jakarta. To make matters worse motorcycle riders try to use any gaps to jump traffic, resulting in a deadlock. You are riding a motorcycle in Jakarta consider Summer Men Motorcycle Jacket or Mesh Biker Jacket to help protect against pollution. 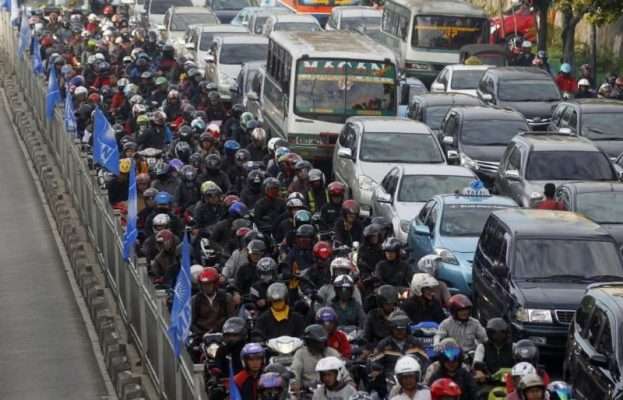 In Pakistan, the city of Karachi has to deal with some 700 new motorcycles that hit the streets every day, bringing the total to over 2.7 million. Karachi has 30,000 traffic accidents a year about 915 are fatalities. There are about 3.79 million vehicles on Karachi’s streets daily, there are 3,200 traffic officers who have to deal with 1,032 cars each.

It is estimated that 60% of Karachi’s drivers do not have a valid driver’s license. Of all the vehicles on Karachi’s streets, motorcycles make up 54.87%, cars are at 32.6%, and 5.5% are others. Like other cities in developing countries, Karachi has to deal with traffic congestion, the traffic jam. If your motorcycle tour takes you to Karachi it might be best that you are wearing Motorcycle Mesh Pants or a Motorcycle Mesh Jacket if you lay your bike down. 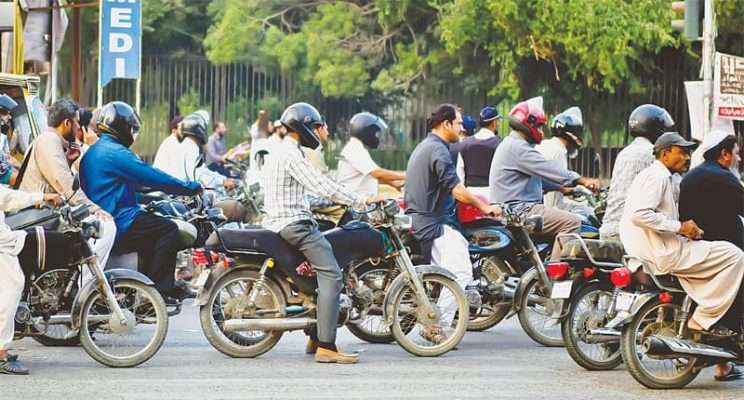 India is a densely populated country, and in Mumbai, the motorcycle has the number one spot for fatal vehicle accidents. The stats from 2017 reveal that 118 lives were lost in two-wheeled vehicle accidents. The main factor in the motorcycle deaths is listed as driver negligence, not wearing a helmet is not far behind. Two-wheeler accidents account for 51% of Mumbai’s fatal crashes. Motorcycles do not include barrier protection that is found in cars resulting in a higher number of injuries and deaths.

One hundred forty-seven thousand people die every year on India’s highways, and roads, one-fourth, 36,750 are motorcyclists. Mumbai has to deal with air pollution the same as any other city in a developing country. The two-wheeled vehicle is the number one source of pollution at 32%, followed by diesel-powered cars at 28%, in the last place is the car at 22%.

When it comes to congestion, Mumbai is known as the “Most Traffic Congested City” on the planet. Traffic traveling a distance that requires only 45 minutes when traffic flows smoothly, takes 1 hour 45 minutes during periods of congestion. This is an increase of 65% in the time spent waiting on traffic jams to clear. Right in the middle of all that chaos are motorcycles adding to the massive congestion problem. 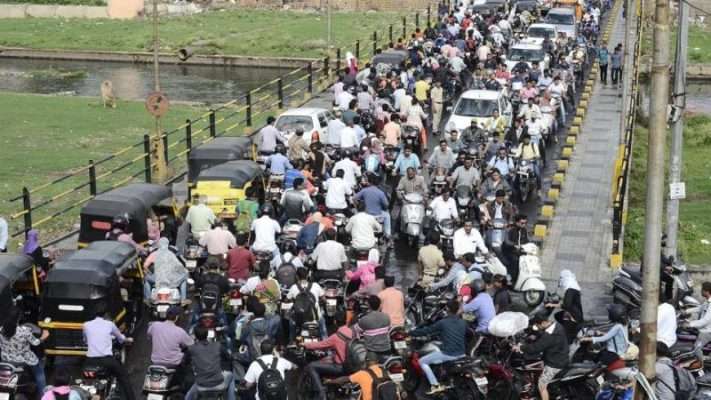 Should you decide to travel to the Philippines to tour that country by motorcycle give this some thought. Motorcyclists make up 53% of highway fatalities, pedestrians are at 19%, car drivers and passengers make it in at 25%.

In 2013, the Philippine authorities reported only 1,513 traffic fatalities, the World Health Organization says the death toll is more like 10,379. The Philippines has almost 5 times more motorcycles than cars, and the numbers are 868,148 cars and 4,250,667 motorcycles. 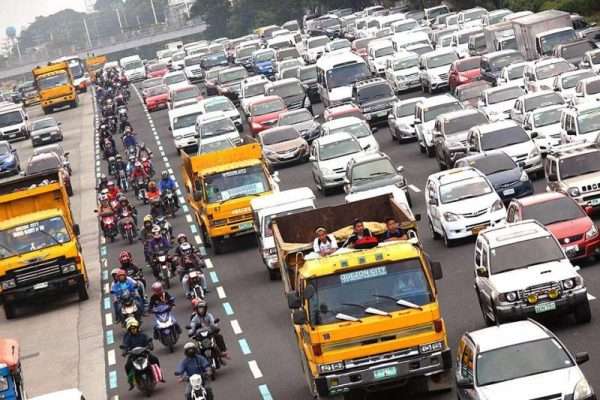 With the number of motorcycles running on the roads of the above listed developing countries, there is undoubtedly going to be a conflict for space. For those who ride motorcycles, it is a practical choice, the truth is motorcycle are not as safe as the four-wheeled car.

If you are going to take a motorcycle tour of developing countries, remember to check out Wicked Stock for your Waterproof Motorcycle Pants for Men.