How many motorcycles are owned in the U.S.?

A stat that will cause some concern for motorcyclists, the number of running motorcycles has dipped a bit to 93% for 2018.

The decline is to blame on the large number of used bikes that sit in storage or garages. You want to add a motorcycle to your household to read our blog on the three best off-road bikes.

You are still riding and show your loyalty by wearing Men Leather Motorcycle Pants every time you ride.

About eight years ago, a recession sideswiped motorcycles sales, a knockdown for the industry, but not out. After-sales began to recover; another hit has slowed sales that is aging baby boomers are leaving motorcycling behind.

The younger potential buyer is not filling the gap. Some motorcycle insiders have sat down and held discussions on what can be done to bring the industry out of the slump. Many agree they need to make motorcycling more affordable as the cost is still holding sales at bay.

Some manufacturers believe they can attract young buyers by marketing bikes in the 300 cc range at lower prices even with ABS. Having that first ride a secure purchase for those getting into riding will entice them to spend more on a second bike once hooked.

Even if you are a baby boomer, you are still into motorcycling and look great wearing Leather Motorcycle Pants for Men. Don’t let all this hype about the declining motorcycle market get you down check out our blog on buying exotic motorcycles.

The global two-wheeler market is on the decline a 4.3% for the first half of 2019, with 30.2 million units sold. Motorcycle sales are down for the first six months of 2019. 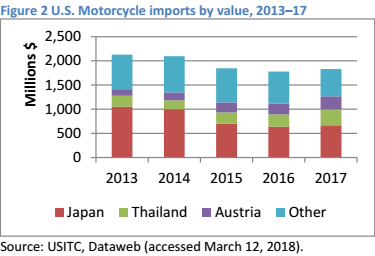 The motorcycle market is not your worry as you have your ride and wear Men Textile Motorcycle Pants when you ride.

To Sum It Up

Two factors are partially to blame for the U.S. declining motorcycle market. 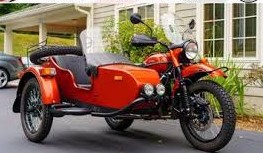 Industry insiders are considering marketing smaller, more affordable bikes to entice the younger buyer to get into motorcycling. Time will tell, think positive motorcycles will recover, and sales will improve in the coming years ahead.

Log onto Wicked Stock and find all the gear and accessories for your motorcycle habit and check out Motorcycle Leather Gloves for Men.