A motorcycle race was a big sports event in the early Twentieth Century. Races were run on banked tracks called “motordromes” and were very popular in the early 1900s. That all changed in 1912 during a motorcycle race when one of the bikes catapulted off the track into the stands killing several spectators.

Using the universal sign for danger, the “Skull and Crossbones” the newspapers reported the accident without headlines.Referring to the domed race tracks as “Muderdromes,” the adverse reporting caused the race tracks to fall out of favor and become abandoned.

Strike one against motorcycling. 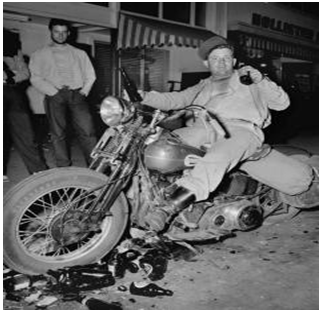 This photo was staged by a Life Magazine photographer and is surrounded with controversy.Motorcycles took a back seat for some years as the world experienced two wars.During this time, Hollister, CA, had hosted a couple of motorcycle races promoted by the AMA and known as the “Gypsy Tours.”

The Gypsy Tours were suspended during WWII, after the war ended the AMA-sanctioned a race for July 4, 1947, at Hollister, CA.The AMA had signed up 1,400 racers to do hill climbs, street racing, and have a good time.

Things got out of hand, and some of the racers got drunk and fought among themselves.

Should you attend an event similar to Hollister’s “Gypsy Tour” you will be a winner wearing Summer Men Motorcycle Jackets. 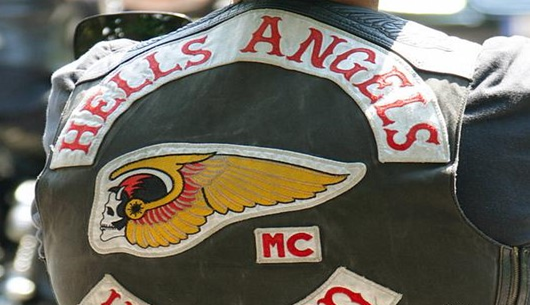 Founded the year after the Hollister riot in 1948 in the city of Fontana, CA.In the aftermath of WWII, many returning veterans were disillusioned and still longed for excitement.

The motorcycle club gave these young men what they yearned for, adventure, and freedom of the open road.Their image turned sour as the Hells Angels became known as dangerous barroom brawlers.

Hells Angels members are white males and ride only Harley-Davidson motorcycles.Prospective members go through a grueling initiation process to earn the “Death Head” insignia.Hells Angels identified as an “outlaw motorcycle gang” 1%ers, by the FBI.

Hells Angels suspected of murder, drug trafficking, extortion, and other crimes. They do motorcycle riding no favors.

You may not be a Hells Angel, but you will stand out wearing Leather motorcycle jackets.

This is how some motorcycle pursuits end.There is a trend to promote YouTube videos where the police are chasing speeding motorcycles through city streets.Many of the motorcycle riders pursued are wearing helmet cams; you see what they see ahead of them.

One such video, a motorcyclist fled the police after being stopped for turning without signaling and no license plate.He leads the police on a chase that reached speeds of 143 mph and was able to ditch the cops.Here is where stupidity takes over, the violator posted his video of the chase on his YouTube channel.

Through his YouTube channel and other media accounts, police tracked him down and arrested him. The outcome the violator lost his license for one year, had to do 100 hours of community service and was convicted of reckless driving.

Should you get caught up in the moment, you will be protected if you are wearing Motorcycle Armor Leather Jackets.

It’s Not Worth It

What these thrill-seekers are doing is illegal, dangerous, and can and will have serious consequences.Reckless riding gives motorcycling a bad name and makes all riders look like outlaws.

Most riders are law-abiding riders and enjoy the thrill of the open road, ride on.Log on to Wicked Stock to see what is available in the latest motorcycle gear and accessories.