Those Were the Days

Some of you road warriors may not have had the pleasure of listening to the early biker songs.

You also missed out on the early days of the ride, no helmets, bikers wore jeans, leather jackets were for the hardcore, it was a great time.

The biker music was the best recorded, rock on. 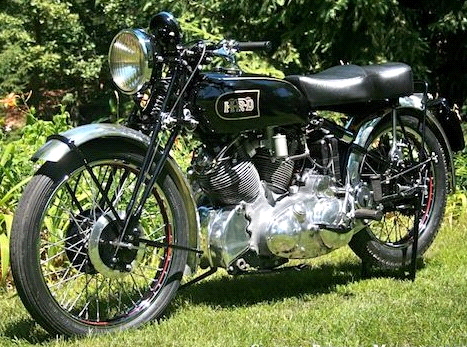 This song was recorded in 1991 by folk singer Richard Thompson is a tribute to a legendary motorcycle.

The British Motorcycle company was in business from 1934 to 1955, and primarily sold the Vincent line of motorcycles on the US market.

For a long time, Vincent was known as “The World’s Fastest ­Standard Motorcycle.”

When you are on track setting land speed records, make sure you are wearing your Men Motorcycle Leather Racing Jackets.

Born To Be Wild

Born to Be Wild is the official song of the movie Easy Rider, starring Peter Fonda and Dennis Hopper, and quite easily the national anthem for bikers everywhere.

Crosby, Stills, and Nash were Fonda’s first choice to record Easy Rider soundtrack, Born to Be Wild was holding the spot open.

Written by Mars Bonefire, a member of Steppenwolf, as a ballad, it reached #2 on US Billboard top 100 in 1969.

Fonda stuck with Steppenwolf; he knew a good thing when he heard it.

Should you choose to ride on the wild side, do so wearing Motorcycle Armor Leather Jackets.

In Jimi’s debut performance on News Eve 1969 at the Fillmore East in New York City, NY, he played Ezy Rider.

“Ezy, ezy rider, riding down the highway of desire,” the song lyrics catch the spirit of the ride, free and easy.

Hendrix was one of the best on a guitar in his day, what a shame, we lost him way too soon.

New York City is cold in December if you are out for a ride to keep the digits warm with Winter Bike Gloves for Men.

“Head out on the highway, with the rising sun, ain’t going nowhere, wanna hear that engine run. (yeah)”

This song is a tribute song to bikers everywhere, leaning a little toward the bad boy persona.

A good biker song just the same, ride on.

To some, the title was appropriate as many viewed motorcycle riders as an unsavory lot to be avoided.

While you are riding to the Devil’s Lullaby, be sure to suit up in your Leather motorcycle pants for men.

Leader of the Pack

No biker song list is complete without a sad biker love song, and this 1964 hit by the Shangri-las is right for the job.

The 60s was the era for tearjerkers, Honey by Brian Highland, Lura by Ray Peterson and of course Leader of the Pack.

That pretty well sums up the adult attitude towards bikers in the 60s.

Things have sure changed since that era, motorcycle riders come from all walks of life, and that is a good thing.

While you are wooing your biker babe, you’ll look great wearing your Motorcycle Leather Gloves for Men.

There You Have It

The songs presented here may not be any of your favorites, but they are good songs for the ride.

Music from this era put the wanderlust into those who yearned for the open road.

Thanks, Steppenwolf, Jimi, Shangri-Las, and the others, you played your part well.

While reminiscing about the days gone by, hop onto Wicked Stock, look over all the accessories, apparel, and gear we have for you to better your ride.

I am a motorcycle veteran. I Have been riding for past 30 years. In my heydays, I used to be on track most of the weekends. Now I mostly cruise on my Honda CMX500 Rebel. Motorcycling is my biggest passion that keeps alive my hobbies of traveling, camping, and meeting like-minded riders around the world.