The motorcycle is the most dangerous vehicle ever invented. It is not enclosed as cars and trucks are, you sit on top of the machine protected only by what you are wearing. The first motorcycles were bicycles with gasoline washing machine engines attached to them.

There was even a steam-powered Velocipede, invented by one Sylvester H. Roper in 1867. Loosely considered the first motorcycle if the definition can be adjusted to include a coal-fired steam engine. Sadly, Roper was killed in 1896 due to an accident while riding his velocipede.

In the next decade or so, dozens of self-propelled bicycles came and went. 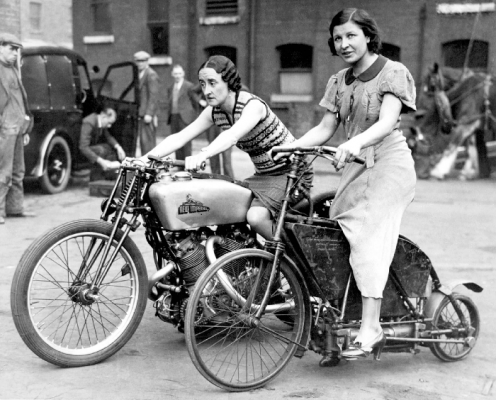 In the early days, there were no Leather Motorcycle Jackets or Leather Motorcycle Pants for Men. In 1885 two Germans, Gottlieb Daimler and Wilhelm Maybach, developed the Petroleum Reitwagon, using a four-stroke Internal-Combustion Engine. This moment in history, the marriage of the gasoline engine and the bicycle was complete; the motorcycle was born.

Harley Davidson Motorcycle Company launched in 1903 by William Harley and Arthur and Walter Davidson, is still in business today manufacturing only motorcycles. In the early days of the self-propelled bicycle, speed was not an issue, the steam-powered bikes ran at speeds around 12 miles per hour.

They didn’t go all that fast, no one gave any thought to wearing a helmet for protection.

If it has a motor, someone will make it go faster and challenge someone else to a race. One of the first motorcycle races, the Tourist Trophy (TT) was sponsored by Great Britain on the Isle of Man In 1906.

Only After a Tragedy

In 1935, Britain’s beloved T. E. Lawrence (aka Lawrence of Arabia) was killed in a motorcycle accident. He ran his motorcycle off the road to avoid an obstacle, tipped his bike over and struck his head on a hard object.

Lawrence was in a coma for six days, finally died, his death was a turning point in motorcycle helmet safety. The attending physician, Hugh Cairns, realized something had to be done, and he eventually published a report documenting the need for crash helmets.

The report, “Head Injuries In Motorcyclists, the importance of the crash helmet.” convinced the British government to make helmets mandatory for military motorcycle riders.

T. E. Lawrence, Before the Fatal Accident. No Helmet 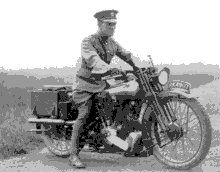 Later, wearing a motorcycle helmet became the law in Britain, and the rest of the world soon followed.

In the United States the Highway Safety Act of 1966, required all the US states to enact mandatory helmet laws.

Now, less than half of the states in the US have mandatory helmet laws for all riders and many states apply helmet laws to underage riders. Out of all this bickering between the states and the US government, all motorcycle helmets have six essential characteristics:

Double D ring snap, chin strap, a retention system to keep the helmet on during an accident. 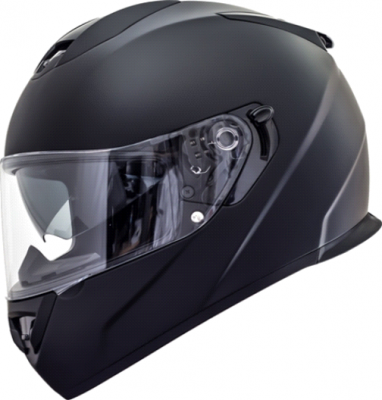 Over time, many countries have mandated motorcycle riders to wear protective gear besides the helmet to reduce injuries from motorcycle accidents. Protective gear like jackets, gloves, pants, and boots all designed for the safety of the rider.

This protective gear is made from materials like Kevlar, carbon fiber, Cordura, textiles, and mesh, to name a few. For that best-dressed rider, look show up wearing one of many stylish Leather Motorcycle Riding Suits.

Motorcycling has come a long way since the steam-driven cycles of yesteryear. The path has been rough and rocky at best but, today, motorcycle riding could not be safer for those who take to the open road. To get the safest motorcycle gear available go to Wicked Stock and order the protective equipment, you will need to stay safe in the saddle.