Motorcycles have been around since about 1869 and were referred to as “velocipede” or self-propelled vehicles. By the 1890s the term “motorcycle” was in use to describe these two-wheeled horseless carriages that were being raced to promote their endurance. The first Indian Motorcycles were manufactured in 1901 by Hendee Manufacturing Co. Milwaukee, WI. In 1903 Harley-Davidson was born. To promote the interests of motorcyclists, “The  Federation of American Motorcyclists” (AMA) was founded that was 1903-1904. By 1905 the motorcycle was being used by police departments. By 1921 the motorcycle was ingrained into the American culture.

The Image Was a Negative One

But, let’s face it when you think motorcycle club what image comes into your mind? Where and when did motorcycle club (gang) violence begin? The motorcycle became more popular after the end of the Second World War.

Soldiers returning to private life still craved that adrenaline rush that was so prevalent during the war while fighting on the front lines. Many took to riding motorcycles to recoup that feeling of danger and for the camaraderie developed while fighting alongside fellow soldiers.

The incident that gave motorcycle riders a bad name occurred from July 3 to July 5, 1947. AMA hosted what was billed as the “Gypsy Tour” at Hollister, CA. over the Fourth of July weekend. The event drew 1,500 registered participants and over 4,000 motorcyclists in all.

By Saturday night Hollister was in shambles, bikers had ridden their bikes through restaurants,, bars, down sidewalks and there were injured bikers everywhere. The police arrested so many bikers for crimes of misconduct, indecent exposure, fighting, and so on. The Hollister police were overwhelmed, the state sent 30 Highway Patrol officers to help quell the riot. It was the newspaper reports describing the incident that seemed to inflame the American public against bikers and painted them in a bad light.

Another thing riders in those days did not have access to Motorcycle Rain Gear online to stay dry when all that beer was flying around.

Out of the Ashes Raises the Phoenix 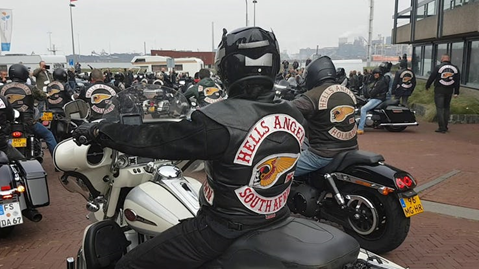 In 1948 the “Hells Angels Motorcycle Club” was formed in Fontana, CA., followed by chapters in San Francisco, 1954, and Oakland in 1957. Since then the “Hells Angels have become identified with criminal activity, drugs, murder, extortion, etc. The US Justice Department considers the Hells Angels as one of the most dangers criminal gangs around. 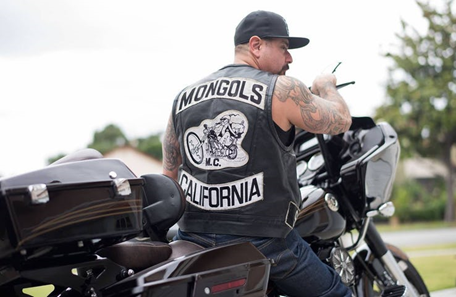 Founded in 1969 as the “Mongol Brotherhood” has emerged as one of the most dangerous biker gangs in the U. S. A fierce rival of the Hells Angels that reared its ugly head on August 27, 2002, when a riot broke out at Harrah’s Club Laughlin, NV. As a result, three bikers died, six Mongols, and six Angels went to prison.

There are several motorcycle clubs tagged as “outlaws” due to their criminal activity, some have chapters in Europe, Asia, and Australia, even in India. These peck’s bad boys could improve their image if they adorned Men’s Motorcycle Mesh Pants.

There are motorcycle clubs that give a whole new meaning to the word “biker.”  They ride for charitable causes, obey the law, and help those in need.

This unique motorcycle club is made up entirely of women known as the “Wild West” they champion causes that protect the elderly, children, and animals. The membership comes from all over the U. S. as well as Sweden and many other locations throughout the world.

Founded Valentine’s Day 1999, Devil’s Dolls are known for hosting fundraisers for many charities. These ladies will certainly look their best in Motorcycle Mesh Jackets. 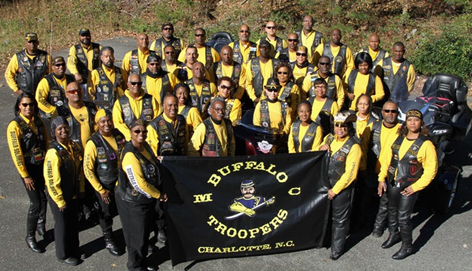 This motorcycle club rides to honor the African Americans who fought in the Civil War. Founded by a Chicago police officer in 1993, this biker club is one of the largest in the U. S., and its membership is entirely African American. Many of the charitable events hosted by this club provide food for those in poverty. Buffalo Soldier bikers will be dressed to the “T”s while wearing Men’s Motorcycle Leather Vests.

No Myth to It

Unlike the bad boys of the Hells Angels, Mongols and other outlaw clubs, known as the 1%rs, some clubs spread good where ever they go. The fact that people who ride motorcycles are all terrible is nothing more than a Myth.

The myth is dispelled every day a motorcycle club rides for far more noble causes than an illegal dollar made from criminal activity. They are genuinely Knights riding shining armor looking good in their Men’s Motorcycle Mesh Pants.

If you are inclined to join a motorcycle club that rides for good caused consider shopping at Wicked Stock and ride in style. Facebook is an excellent place to like us, and Instagram is excellent for checking us out.

I am a motorcycle veteran. I Have been riding for past 30 years. In my heydays, I used to be on track most of the weekends. Now I mostly cruise on my Honda CMX500 Rebel. Motorcycling is my biggest passion that keeps alive my hobbies of traveling, camping, and meeting like-minded riders around the world.

One thought on “Motorcycling and Violence: Unraveling the Myth”