Don’t Take It to the Track

Many of you have seen videos on the internet, showing someone riding a motorcycle in a very reckless and careless manner. These people have no regard for their safety or the safety of others around them.

They race one another on two-lane highways, passing each other on curves at speeds that are totally out of control if something should happen. When something does go wrong the bike gets laid on its side; the rider usually winds up under the front end of a car.

Irresponsible operation of a motorcycle can lead to severe injury or death as well as the destruction of your ride. Some people will tell you to take that driving to the race track.

Here is a little ego buster for you, if you take that kind of reckless riding to the race track, they will eject you. 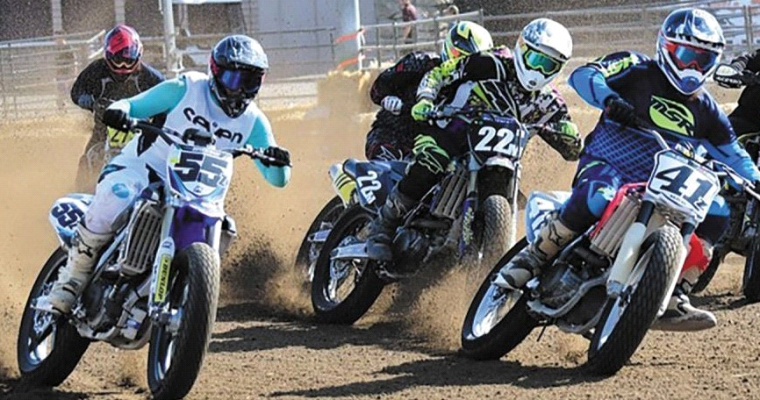 The American Federation of Motorcyclists has rules that prohibit such operation of a motorcycle during a race.

The race director is authorized to do any or all of the following:

Here is the Competition Rule for 2019 describing what will not be tolerated:

5.1.9 Foul, unfair, or dangerous riding. This would include unsportsmanlike riding, including swerving erratically, intentionally cutting off or contacting another rider, or other dangerous maneuvers.

So, you want to take your reckless attitude to a race track; there are rules to shut you down. When you do arrive at the race track, you will stand out wearing your Men Leather Motorcycle Pants.

Why Ride So Reckless?

Many riders who ride recklessly do not possess the self-discipline required to operate safely. Many believe they know more about riding a bike than they do and the way they ride proves it.

Some states only require a basic instruction course to get your motorcycle license or endorsement. That is all you get, basic instruction, you don’t get the fine-tuning an advanced course will give you.

A motorcycle is not a rocket ship on rails; it is a motor vehicle on two wheels, and you wear your only protection. It doesn’t take much to slide the rear wheel out from under you, a patch of loose gravel, oil or gasoline on the pavement and you are down.

The force of going into a turn too fast can propel you into an oncoming car, lights out. If you do get into trouble, you will be glad you wore your Men Textile Motorcycle Pants with all the safety pads in place and this will make you thankful to realize Why Should I Wear Motorcycle Pants?

Why Do States Require Protective Gear?

State legislatures have a propensity to enact laws that are designed to protect a segment of society.

That segment of society does not seem capable of regulating itself, such as reckless motorcycle riders. States enacted helmet requirement laws, motorcycle endorsements or driver’s licenses, age restrictions to ride or obtain licenses.

Many states will not issue an endorsement or license unless they are shown with proof of motorcycle competency training. Every state has rules of the road, traffic laws that define what driving behavior is legal and what is not. You know speed kills that’s why it is regulated.

Does every driver comply? No, that is why the carnage on US highways is so high?

The perfect end to a perfect day, right? Here are some Motorcycle fatality stats for 2017:

Bringing Up the Rear

There is no excuse for riding a motorcycle recklessly; the real loser will be you. Motorcycle riders are not invincible, and when their bikes crash they get injured, arms/legs get crushed or broken, they even die.

When you choose to ride safe, you make the motoring environment a safer place for all drivers. Head over to Wicked Stock and check out all the apparel and gear get your order in for Motorcycle Leather Gloves for Men.